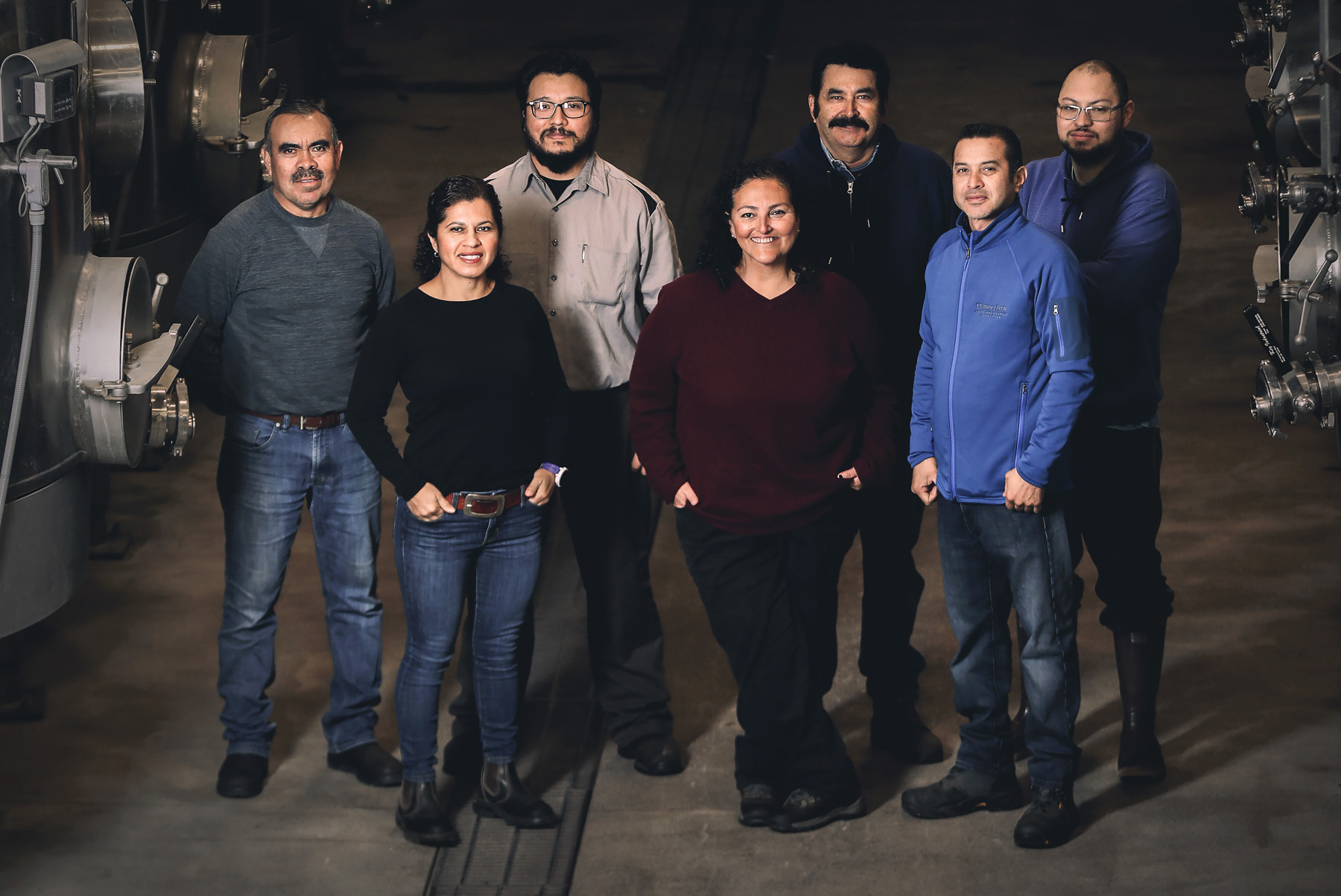 Elizabeth Vianna attributes her career in winemaking to a glass of 1985 Sociando Mallet, which she enjoyed at a pre-auction tasting at Christie’s in New York. A biology major at Vassar College, Elizabeth was originally on the pre-medical school track. She fell in love with wine as a consumer while living in New York City, working as a clinical toxicologist at New York Hospital - Weill Cornell Medical Center. Her strong science background and sudden infatuation with wine propelled her to apply to the University of California - Davis, and its renowned winemaking program instead of medical school.

Elizabeth first came to Chimney Rock as a harvest intern in 1999, while completing her Master’s degree in enology at U.C. Davis. Upon graduation, she became an enologist at Napa Wine Company and was soon named assistant winemaker there, where she worked directly with many of the region’s top winemakers including Heidi Barrett, Erin Green, Pam Starr, and Celia Masyczek. Elizabeth was named to the position of assistant winemaker at Chimney Rock in January 2002 and advanced to the position of winemaker in 2005. In 2009, Vianna was honored by the University of California – Davis School of Graduate Studies when she was invited by the Dean of Graduate Studies to deliver the commencement speech. She was promoted to General Manager of Chimney Rock Winery in 2011 while continuing in her role as head winemaker at the Stags Leap District estate winery. She has also served as President of the Stags Leap District Winegrowers Association. During her tenure at Chimney Rock she has consistently produced wines that have been highly rated among critics and highly valued among consumers. 
Laura Orozco grew up in the heart of Napa Valley, surrounded by grapes. Her father literally broke his back working in the vineyards so she wanted nothing to do with agriculture, she wanted a better quality of life. Laura -- the first in her family to graduate from college -- had plans to join the medical profession. After graduating from The University of California at Santa Cruz with a Molecular Biology degree, she returned to Napa to prepare for the MCAT. While staying focused on her studies, she obtained a harvest-season lab assistant position at Franciscan Estate Winery. She was immediately intrigued by the complexity of winemaking. After harvest, Laura’s seasonal position turned into a full-time job. That promotion marked the end of her medical school path and the beginning of her wine career.

After 6 years at Franciscan Estate, Laura moved on to become an enologist at V. Sattui Winery and was ultimately promoted to winemaker. Over the course of her career, Laura has gained deep experience across 15 plus varietals and genuinely loves the varied dynamics of winemaking. In 2015, Laura joined the team at Chimney Rock Winery as Assistant Winemaker. Today, Laura works alongside General Manager and Winemaker Elizabeth Vianna crafting the winery’s signature Stags Leap District Cabernet Sauvignon wines. Laura fell in love with Chimney Rock 10 years earlier – her husband was a cellar worker at the winery. When the opportunity came to join the team, she immediately jumped in. Coming full circle, Laura’s original dislike of agriculture is now one of the elements she most enjoys. Working in the vineyard has become a pleasure and an honor.